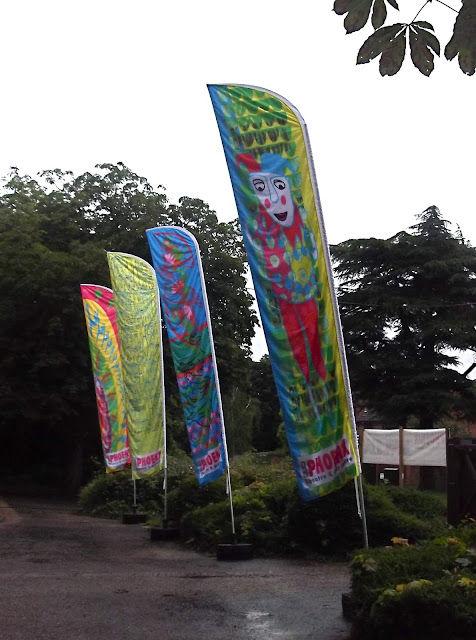 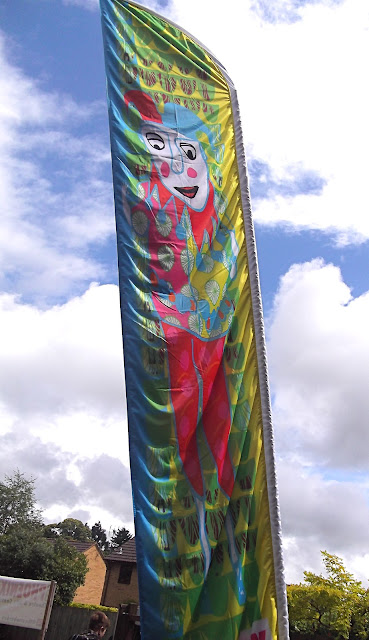 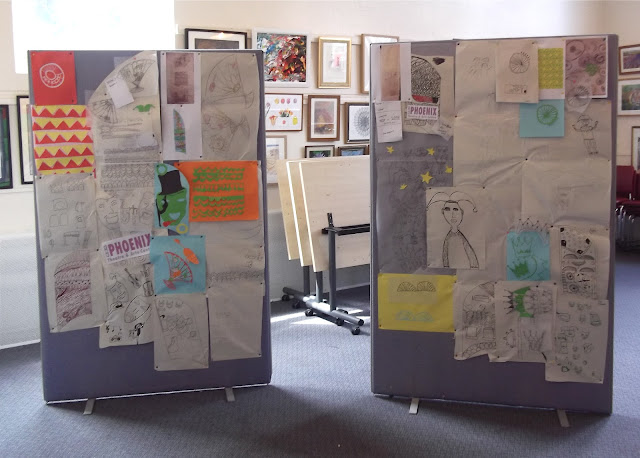 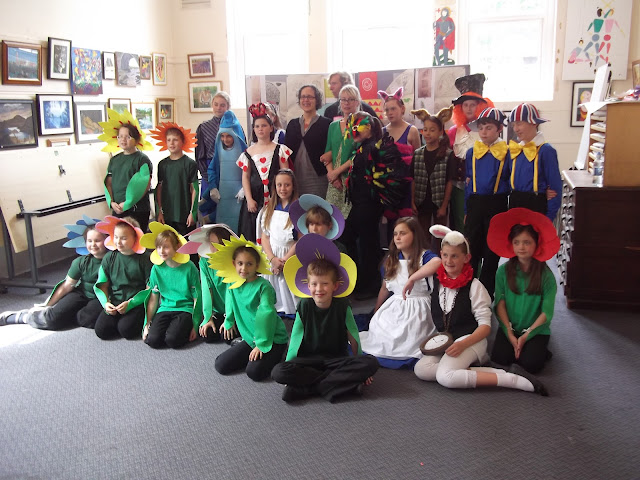 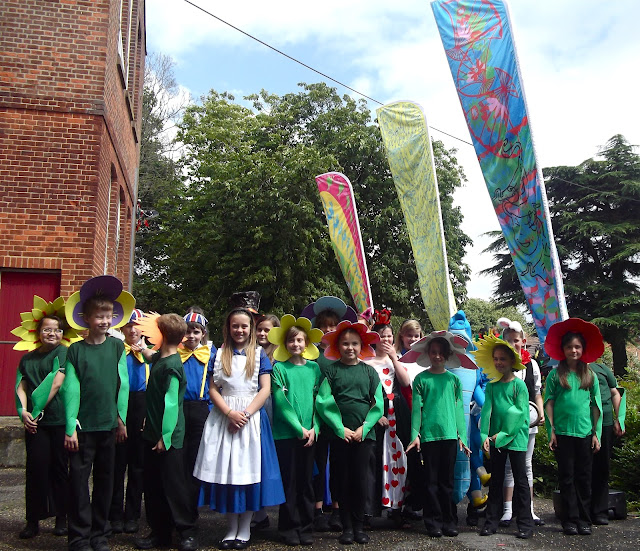 Gosh, the sun came out, we were all blinded! One of the local school, Bordon Juniors,  who had been involved in the workshops for the banner designs came to The Phoenix Theatre today to see the official unveiling. They also combined their visit with a rehearsal for 'Alice in Wonderland'. Hence costumes and not a radical school uniform. Lynne Dick, Director of Making Space and Rob Allerston, Director of Theatre were there too.  Drawings and papercuts of the children's drawings were on display alongside work in progress which illustrated the creative process involved in the project.